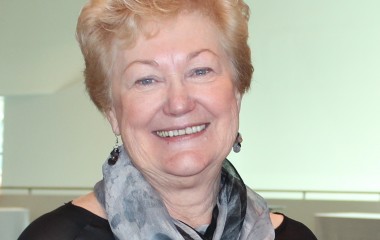 Robin was Executive Officer at WASCA, and a worthy recipient for her work with schools, notably for raising nutrition standards and supporting canteens. Robin is feeling over-awed, proud and acknowledges that it is also recognition of the industry itself.

The published information included the following:

For service to the community, particularly to nutrition in schools.

Quote from Glen Cardwell, former Dietitian with the  Heart Foundation –

“In my opinion, very little would have happened without Robin. From the outset she was determined to get better quality food in canteens and knew that couldn’t be done with an aggressive anti-food industry stance. She always understood that it would work best through collaboration with food industry and government agencies”

“In addition to her work with WASCA, Robin was also involved in a voluntary capacity with the WA Health Promoting Schools Association (WAHPSA). Robin was honorary treasurer from 2003 to 2012. This is a time consuming role, with Robin responsible for income and expenditure, grant applications and management, invoicing and auditing. She oversaw the financial management of the Australian Health Promoting Schools Conference and workshops in 2010 with more than 200 delegates. Other duties included grant applications and reconciliations, handling copyright issues and overseeing the WAHPSA Executive Officer. Robin was exceptional at this role and helped me considerably when I took over from her as Treasurer in 2012. In her executive role with WAHPSA, she also provided direction for the association with the aim of raising the profile of health promotion in schools.

Robin Bromley has been an unflinching advocate for improving the health and wellbeing of WA children, primarily by creating standards for healthy foods sold in canteens. Robin has always shied away from taking accolades; instead she recognises the contribution of her colleagues and supporters.  She has always gone above and beyond what is required of her, both in her paid role (with WASCA) and in voluntary roles (with WAHPSA). She has been a mentor and inspiration to many, myself included.”

Congratulations to Robin from everyone at WAHPSA, particularly the executive committee.